SmartFinder is supported by its readers. When you purchase through links on our site, we may earn a commission. Learn More.

Our team after a lot of research and real-time experiences, come up with the Dell Inspiron 3501 laptop review.

This Dell Inspiron 3501 laptop review explains how successful it is, the pros, cons, specifications, and everything you may be unaware of. So let’s have a look at it. 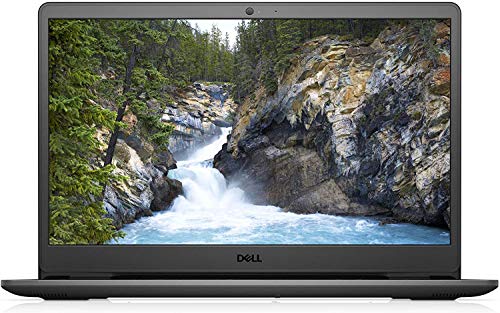 With the 15.6 inches display, the Dell Inspiron 3501 laptop is loaded with a display density of 141 PPI. Also, the screen assures that the pictures viewed at the screen can deliver them at a resolution of 1920 x 1080 pixels. The anti-glare feature present in this Best Dell Laptop enables the user to work in an outdoor environment conveniently by eliminating the glares that abrupt the visuals of the display.

With the 10th Gen Intel Core i3 processor, the Dell Laptop under 40000 in India can clock at a maximum speed of 3.4 GHz and a base speed of 1.2 GHz with added 4 MB cache and dual cores. Also, the graphics of the laptop was handled by Intel Integrated UHD with no hassles. With multitasking, the Dell Inspiron 3501 laptop is probably the smoothest since the 8 GB RAM of two slots and one TB HDD ensures no lags in the performance.

The Dell Inspiron 3501 is equipped with built-in dual speakers where the laptop emits the audio with the help of Waves MaxxAudio Pro, and there is a backlit keyboard with a camera. Also, with the ports of the Dell Inspiron 3501 laptop, they include one HDMI port, IEEE 802.11ac(1×1), 5.0 BlueTooth, three in one card reader with built-in microphones and headphone jacks. Also, the battery backup of the laptop is around six hours on average.

Mohanraj is SmartFinder's Top Editor.  Have written over 700+ posts for SmartFinder with a team of tech experts. Passionate about technology, Mohan is keen on bringing the latest tech news to millions of internet users in India. Find him on Twitter and Linkedin.